Don't use plagiarized sources. Get Your Custom Essay on
God, Humanity, and Human Dignity
Just from $13/Page
Order Essay

Although there has recently been an explosion of scientific knowledge regarding Homo sapiens (i.e., human beings) such as the Human Genome Project (National Human Genome Research Institute, 2015) there is much more to what it means to be human than what science alone can tell us. The question about what it means to be a human person is fundamentally a philosophical and theological question that has been a topic of debate for millennia (“Personal Identity,” 2014). We will focus on two aspects of this question: (1) what kind of a thing is a human person? and (2) what (if anything) makes human beings valuable and worthy of dignity and respect? The Christian worldview claims that human beings are the kind of creature that is created by God and that is both a physical and spiritual being capable of relationship with God. In this view, human beings are intrinsicallyvaluable and worthy of dignity and respect because they are created in the “image of God.” This discussion will address different views of what a human person is and focus on the distinctives of the Christian view regarding the value of persons.

A term commonly used by ethicists in medical field to talk about a human person’s worth or value is moral status (see Beauchamp & Childress, 2013, pp. 62-94). Moral statusexplains which sorts of beings or entities are valuable and have rights to be treated in certain ways. You might begin by asking, “Why is it that my neighbor has a certain kind of value and a rock does not?” Any answer one gives will describe certain characteristics or capacities that differentiate the neighbor from a rock. These characteristics or capacities explain why the entity has the value it does. For example, we might say that my neighbor has moral status (i.e., value or worth) because he or she is a rational being, or because he or she has the capacityto feel pain and pleasure, etc. Thus, to talk about a being’s moral status is to talk about a being’s value, as well as why it has that value. The focus here is the moral status of human persons. Does moral status differ among persons?It will be clear below that according to the Christian worldview, moral status  does not  differ from person to person.

3.      The theory based on  moral agency  holds that “moral status derives from the capacity to act as a moral agent”; in this view a human being is considered a moral agent if they “are capable of making judgments about the rightness or wrongness of actions and has motives that can be judged morally” (Beauchamp & Childress, 2013, p. 72).

4.      The theory based on  sentience  holds that having sentience confers moral status on a being. Sentience in this context is “consciousness in the form of feeling, especially the capacity to feel pain and pleasure, as distinguished from consciousness as perception or thought.” (Beauchamp & Childress, 2013, p. 73). According to this theory the capacity of sentience is sufficient for moral status (i.e., the ability to feel pain and pleasure confer moral status to a human being).

Each of the theories above about god have the following logical structure:

Y− The property that confers moral status upon that entity (i.e., human properties, cognitive properties, moral agency, sentience, or a relationship in which someone else values X).

Notice carefully that different worldviews would apply these theories differently depending on how they would think about the nature of human persons. It may be that thinking about the value of human beings according to such theories is not compatible with a particular worldview. In fact, the only theory above that is compatible with the Christian worldview is the first theory based on human properties. According to the Christian worldview all a human being needs to have full moral status or value is to be human. However, there is much more to the Christian position as will be seen below.

One of the most powerful concepts of the Christian worldview is the truth revealed in Genesis 1:26-27 that humanity was created in the image of God (or imago Dei in Latin)–spirit beings like him. But you were created with both a spirit and a body, indicating that this is your natural state. This becomes even clearer as you learn in the New Testament that one day you will be resurrected to new glorified bodies (1 Cor. 15:42-53).

The image of God is equally present in all human beings regardless of one’s worldview or religion or whether or not one believes in God. Millard Erickson notes

there is no indication that the image is present in one person to a greater degree than in another. Superior natural endowments, such as high intelligence, are not evidence of the presence or degree of the image. [Furthermore], the image is not correlated with any variable…[but is] something in the very nature of humans, in the way in which they were made. It refers to something a human being is rather than something a human being has or does. (Erickson, 1998, pp. 557-558)

It follows then that any theory of moral status which equates a human being’s value with certain external characteristics, or any function a human being must do, is not compatible with a Christian view of human persons. In addition, the image of God provides a foundation for the genuine equality of all human beings regardless of race, color, creed, gender, etc. It should be noted that the well-known bioethical principle of “respect for persons” (National Commission, 1979) is well supported by the Christian worldview.

But Christians have been called to an even higher purpose–to be conformed to the image of Christ (Rom. 8:29)–that is, restored to the perfect image of God; a lifelong process sometimes called sanctification. The body of a Christian is referred to in 1 Corinthians 6:19-20 as the temple of the Holy Spirit, and as such, Christians are to purify themselves, being transformed by the renewing of their mind (Rom. 12:2).

Humanity was created to love as God loves, to worship and commune with him as he does with us, and to work as he works. Adam and Eve were commanded to be fruitful and multiply, and they were given dominion over all the earth (Gen. 1:28), which is a high order. They were placed in a beautiful garden to care for it and “work and keep it” (Gen. 2:15 NIV). Adam was even given the task of naming all the animals, thus becoming the first biologist, doing a work that continues to this day as new species are still being discovered. Thus, humanity from the beginning was engaged in good work and given responsibility and authority over other creatures, to care for them, and to expand God’s kingdom under his sovereign rule. Unfortunately, as will be seen in the next discussion, human beings are fallen image bearers.

While most people in our culture happen to believe that human beings are valuable and worthy of dignity and respect, it is important to stop and actually think about what this means. The question is whether or not one’s worldview provides an adequate explanation for these beliefs. Notice carefully how the Christian worldview addresses human dignity and value, and begin to ask yourself how your worldview would explain the value and worth of human beings.

Personal identity. (2014). In Stanford encyclopedia of philosophy. Retrieved from http://plato.stanford.edu/entries/identity-personal/

What Will You Get?

We provide professional writing services to help you score straight A’s by submitting custom written assignments that mirror your guidelines.

Get result-oriented writing and never worry about grades anymore. We follow the highest quality standards to make sure that you get perfect assignments.

Our writers have experience in dealing with papers of every educational level. You can surely rely on the expertise of our qualified professionals.

Your deadline is our threshold for success and we take it very seriously. We make sure you receive your papers before your predefined time.

Someone from our customer support team is always here to respond to your questions. So, hit us up if you have got any ambiguity or concern.

Sit back and relax while we help you out with writing your papers. We have an ultimate policy for keeping your personal and order-related details a secret.

We assure you that your document will be thoroughly checked for plagiarism and grammatical errors as we use highly authentic and licit sources.

Still reluctant about placing an order? Our 100% Moneyback Guarantee backs you up on rare occasions where you aren’t satisfied with the writing.

You don’t have to wait for an update for hours; you can track the progress of your order any time you want. We share the status after each step.

Order Now Talk to Us

Although you can leverage our expertise for any writing task, we have a knack for creating flawless papers for the following document types.

Although you can leverage our expertise for any writing task, we have a knack for creating flawless papers for the following document types.

Trusted Partner of 9650+ Students for Writing

From brainstorming your paper's outline to perfecting its grammar, we perform every step carefully to make your paper worthy of A grade.

Get an elaborate and authentic grammar check report with your work to have the grammar goodness sealed in your document.

You can purchase this feature if you want our writers to sum up your paper in the form of a concise and well-articulated summary.

You don’t have to worry about plagiarism anymore. Get a plagiarism report to certify the uniqueness of your work.

Join us for the best experience while seeking writing assistance in your college life. A good grade is all you need to boost up your academic excellence and we are all about it.

We create perfect papers according to the guidelines.

We seamlessly edit out errors from your papers.

We thoroughly read your final draft to identify errors.

We thoroughly read your final draft to identify errors.

Work with ultimate peace of mind because we ensure that your academic work is our responsibility and your grades are a top concern for us!

Check Out Our Sample Work

It May Not Be Much, but It’s Honest Work!

Here is what we have achieved so far. These numbers are evidence that we go the extra mile to make your college journey successful.

Process as Fine as Brewed Coffee

We have the most intuitive and minimalistic process so that you can easily place an order. Just follow a few steps to unlock success. 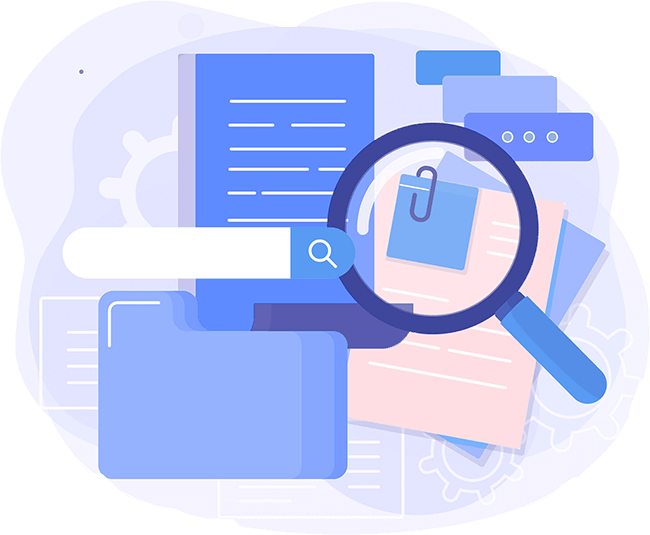 We Analyze Your Problem and Offer Customized Writing

We understand your guidelines first before delivering any writing service. You can discuss your writing needs and we will have them evaluated by our dedicated team.

We Mirror Your Guidelines to Deliver Quality Services

We write your papers in a standardized way. We complete your work in such a way that it turns out to be a perfect description of your guidelines. 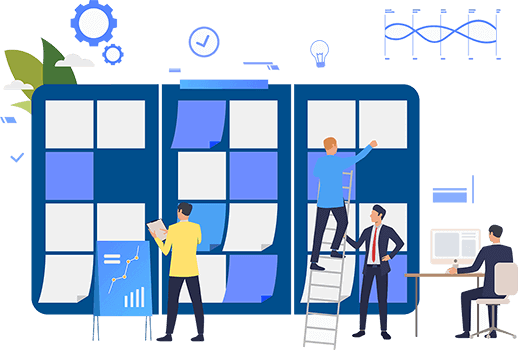 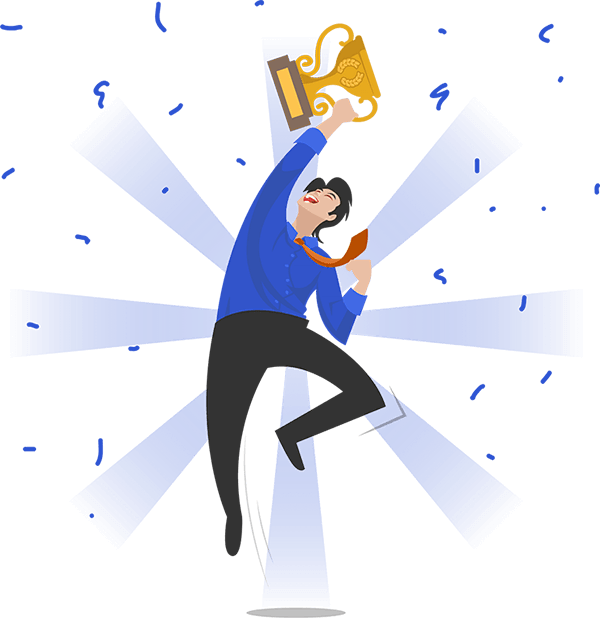 We Handle Your Writing Tasks to Ensure Excellent Grades

We promise you excellent grades and academic excellence that you always longed for. Our writers stay in touch with you via email.